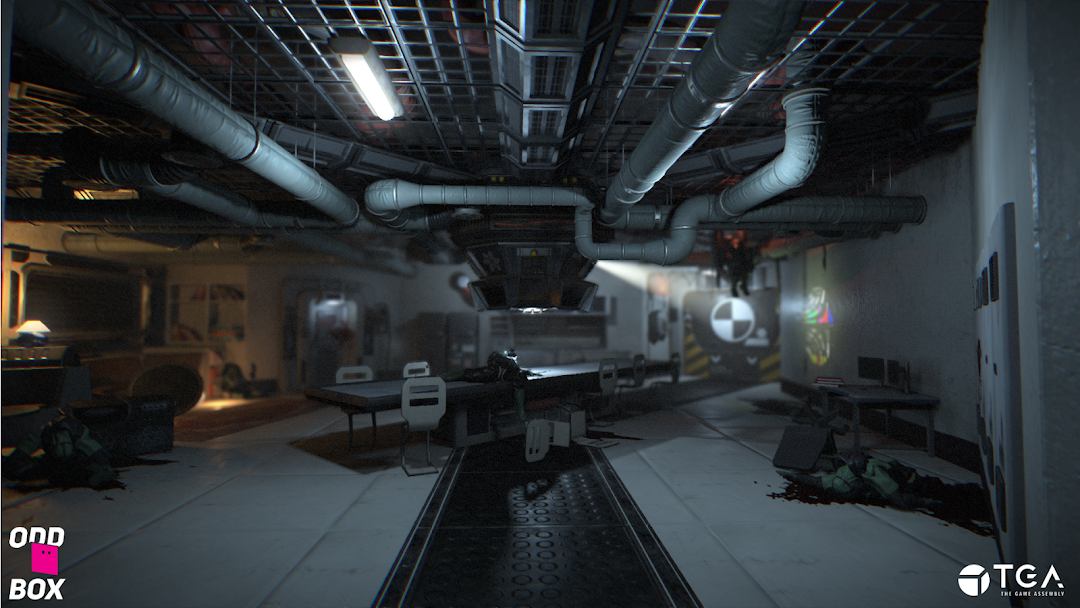 The purpose of this project was to create a short first person game representing a smaller part of a hypothetical bigger experience. Together, our group created a horror game based on Alien: Isolation and focused a lot on atmospheric graphics and sound. However, the biggest challenge for me was to implement the physics engine and get the animated camera working well for interactions with objects. Working with a physics engine intimately made me realize it's quite fun and rewarding to manipulate and implement physical objects in a game world.

This project was made during 10 weeks at 50% with a team of 16 people. List of members here.

- Added an integration of Nvidia's PhysX with a dynamic character controller.
- Implemented a pipeline for meshes to have static collision-objects baked and serialized to a file for faster load times.

- Worked a lot with interactions and the animated camera to bring a smooth and immersive experience for the player.
- Added features for movement to work well with the physics engine, for example, adding raycasts for walking down stairs smoothly and sweep-testing to make sure the player couldn't clip through walls when crouching and trying to stand up again.